Book: A Season to Dance

Ana Brassfield has her path to the stage of the Metropolitan Opera House all figured out until her first love, renowned German dancer Claus Gert, returns to Georgia to win her back. Despite a promising start towards her ballet career and pending marriage to landscape architect, Peter Engberg, Ana wonders if her dreams of dancing at the Met are as impossible as her previous romantic relationship with Claus.

Then, an on-stage kiss between Ana and Claus changes everything.

Convinced the kiss is more than a one-time mistake, Peter breaks off their engagement. With an old dog crippled by arthritis and dreams deferred but not left behind, Ana moves to Germany to be with Claus. But the ghost of his late wife, Ana’s own feelings for Peter, and the pressure of earning a spot in a large ballet company are a high price for a shot at success. Ana seems on the verge of having everything she ever dreamed of, but will it be enough?

Patricia writes contemporary women’s fiction and romance. She is a Genesis Award semi-finalist, First Impressions finalist, and the author of A Season to Dance and Desert Willow (Lighthouse Publishing of the Carolinas, 2017 and 2020). She writes from Fayetteville, North Carolina. Visit her at http://www.patriciabeal.com for more.

When I wrote the first line of my first novel in January of 2011, I wanted to get published because I was desperate to feel important.

I finished writing A Season to Dance that fall and hired coach Gloria Kempton via Writer’s Digest to look at the whole thing and tell me if it was any good.

She saw potential in the story of a small-town professional ballerina with big dreams, but explained I needed a clearer quest, more telling details, better scene structure, and better balance between sequels and dramatic scenes. I joined Gloria’s critique group and spent a year rewriting.

During that year, my husband got orders to move the family from Fort Benning, Georgia, to Germany, and he deployed for the sixth time soon after we settled on a lovely mountaintop in Idar-Oberstein.

When I finished rewriting, Gloria said the novel looked good and had everything a novel was supposed to have. But… “Something’s still missing. I don’t know what it is. We’ve covered it all.”

So of course I did what any writer desperate for validation would do. I told my coach that surely nothing was missing and that it was time to query. I hired a service to blast queries everywhere for me. I know… Shame on me… But God used that.

One query ended up with Mrs. Joyce Hart, of Hartline Literary. The novel wasn’t Christian—I wasn’t a Christian. She shouldn’t have received my query. But she did. She sent me a note saying she liked the storyline but that in Christian novels the protagonist couldn’t live with her love interest without being married. She was very kind and said that if she was missing the point and if the novel was indeed Christian that I should resubmit explaining the living together piece.

When I read it I laughed and rolled my eyes. I started typing a condescending reply. Something about Christian fairy tale brains and me living in the real world, but I decided not to send it.

Days passed. A week passed. A month passed. And all I did was collect rejections. I became bitter. Bitterly sad at first. Then bitterly discouraged. And then bitterly ugly. I’d never been ugly before. Not like that.

See, up to that point, I’d believed that there was some kind of “god” and that somewhere, somehow, being good was right and that it paid off. But with the disappointments of the publishing journey those beliefs became a joke to me. I stood in the middle of my empty German kitchen—husband deployed, kids at school, my first dog had just died. And I looked at that inbox full of rejections and stated to whomever or whatever was out there: “God is dead.”

Mercy. Surely I said that to the “god” of my imagination, and not to the real God—God as He reveals Himself in the Bible. But I know that He was in that kitchen with me. And phase two of His plan was about to start.

Luke 22:31-32: “And the Lord said, Simon, Simon, behold, Satan hath desired to have you, that he may sift you as wheat: But I have prayed for thee, that thy faith fail not: and when thou art converted, strengthen thy brethren.”

As I lost all restraint and became the worst version of myself, God removed me from my green German mountaintop.

After less than eighteen months in Germany, we were sent back to America, to the Chihuahuan Desert in West Texas. To a place called Fort Bliss—a place from which you can see a Mexican mountain with the words: “Cd. Juárez. La Biblia es la verdad. Leela.” That translates to “City of Juárez. The Bible is the truth. Read it.” Gotta love it. God is good.

During the first six months back in America, I went to two secular writers’ conferences and met more rejection. My lack of restraint and my selfishness didn’t really make me happy. I wanted to go to therapy. I wanted a job. I still dreamed of that book deal that had to be just around the corner. I wanted, I wanted…

But nothing happened, and it didn’t matter how hard I tried to get help, get happy, and find any kind of relief for the pain I felt. Nothing. Happened. I’d never seen so many closed doors—slammed-shut doors—ever in my life. Even the shrink kept double booking, closing early, and somehow cancelling on me. It was ridiculous.

The One Open Door

When God planted our family in the desert, He planted us two blocks from a friend from the Fort Benning years. A friend whose claim to fame was church shopping whenever the Army moved her family. I asked her to take me to church on the first Wednesday of January of 2013.

I fell in His arms. Surrendered, defeated, and dependent. Or what God likes to call—ready. I was born again two weeks later and was baptized on Super Bowl Sunday that February.

I had tickets to go to New York for the Writer’s Digest conference that spring, but sometime in March, it dawned on me: “You silly goose of a girl. You wrote a salvation story without the salvation piece.” My first coach, Gloria Kempton, had been right all along. There was something missing!

A Season to Dance isn’t just the story of a small-town professional ballerina who dreams of dancing at the Met in New York and the two men who love her. It’s also the story of a girl desperately trying to fill the God-shaped hole in her heart with often misguided career and romantic pursuits.

I deleted Mrs. Hart’s email that week. Yes, it was still in my inbox. Job well done, Mrs. Hart.

Now, I had work to do. I spent 2013 and the first half of 2014 rewriting the novel. Five ladies from my Sunday school read chapter after chapter as I produced them and cheered me on through that gruesome process. I couldn’t have done it without their support. God is good.

Jeff Gerke edited my novel in the summer of 2014 and had me read Robert McGee’s The Search for Significance: Seeing Your True Worth Through God’s Eyes. God is good.

I went to my first Christian writers conference, the ACFW 2014 in St. Louis. Two weeks later, Les Stobbe offered to represent me. God is good.

ACFW 2015 was fantastic and many houses are looking at that first manuscript. God is good. 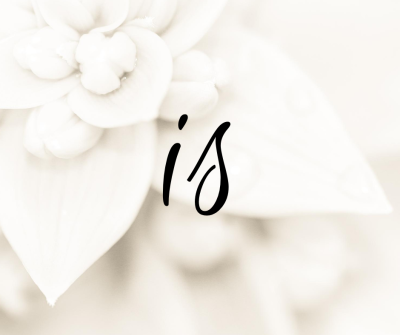 Are you a plotter or a pantser?

Pantser all the way. The novel began in my mind as a single scene—a ballerina stuck at the top of a marquee, something that kind of happened to me once. From there it grew a chapter at a time, one per Saturday, during a six-month period.

I wasn’t a Christian when I wrote the first version of A Season to Dance, so the story was initially just about big dreams and dreamy suitors. But the whole time, God had me writing my own salvation story.

I didn’t grow up in a Christian home, but for most of my life I believed there had to be some kind of god out there and that being a good person was important. But in the summer of 2012, that early version of the novel was rejected in three different continents on the same week. I was tired and lonely, and I freaked out. I decided the notion of a loving god was absurd. There was no loving god, if there was a god at all.

Self-gratification became the chief end of my existence, and I looked behind every door for happiness and satisfaction. I didn’t find anything worth keeping though, and at the end of every new pursuit, I was still tired and lonely.

Then Jesus passed by. I was born again in January of 2013, and soon after that, I realized the novel wasn’t complete. I cancelled a trip to a secular writers’ conference and started a fourteen-month rewrite. This book, A Season to Dance, wrote me—not the other way around. I journeyed with Ana and pray that now others will journey with us, beyond expectations and suffering and to the very heart of Christ.

I think God is a plotter. He knew where the whole thing was going all along. But how could I have known that I was writing my own salvation story? ❤

Do you ever hide things in your stories for readers to find?

Do I ever! I’m big on this. Huge! If you go to the reading guide at the end of the book, I reveal several hidden things one might have missed… 😉

Do you have a favorite Bible verse, or is there a particular Bible story that really resonates with you?

Yes! I love all the stories about less-than-perfect people who were greatly used by God. How sweet of Him to show us time and again that we don’t need to be stellar to be family and be His hands and feet.

Remember the story of Jacob wrestling with God in Genesis 32? That might be my absolute favorite… So much in. I love both God’s actions and Jacob’s refusal to let go.

Our trials are making us weak and loosening us from the shackles of self-reliance that are holding us back. All we have to do is cast ourselves at His feet daily and acknowledge that we can’t do life and service on our own. He already knows. He wants us to know.

“I am the vine, ye are the branches: He that abideth in me, and I in him, the same bringeth forth much fruit: for without me ye can do nothing.” John 15:5 😊 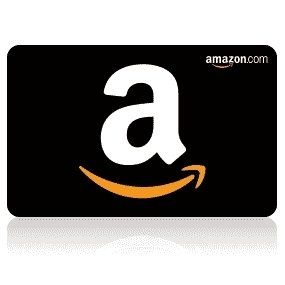 The grand prize is a $50 Amazon gift card!